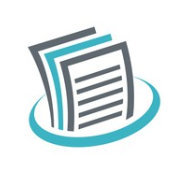 To evaluate the long-term age-related anterior chamber changes by anterior segment optical coherence tomography (OCT) and the impact of such changes on the stability and behavior of angle-supported phakic intraocular lenses (IOLs).

A total of 23 eyes with high myopia implanted with an angle-supported phakic IOL between 1990 and 1996 at Vissum Corporación Oftalmológica de Alicante were included in the study. Patients were evaluated using OCT. Anterior chamber depth, anterior chamber width, crystalline lens rise, and the distance between phakic IOL and endothelium were measured.

The findings of this study could have an important influence on the decision about the indication to implant angle-supported phakic IOLs in young patients with a long postoperative life expectancy, as age-related changes in the anatomy of the anterior segment may create a long-term hazard for the implanted eye.