Researchers from The University of Texas Graduate School of Biomedical Sciences (GSBS) at Houston have recently garnered the front cover of the latest edition of Neuron. The study entitled, “A TRPV channel in Drosophila motor neurons regulates presynaptic resting Ca2+ levels, synapse growth, and synaptic transmission,” aimed to better understand how the brain receives and processes data in an effort to develop improved treatment options for neurodegenerative conditions 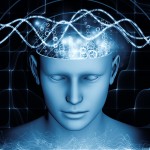 such as amyotrophic lateral sclerosis (ALS) and Alzheimer’s disease.

This study was conducted by Dr. Kartik Venkatachalam, Phd, part of the Faculty Department of Integrative Biology and Pharmacology at GSBS whose lab focuses on studying the neurobiology of Drosophila and understanding how certain synaptic channels sense and transmit information to the nervous system and brain. In addition to identifying the mechanisms involved in synaptic channel activation and regulation, their work aims to remap the neuronal circuits that utilize these channels in hopes of developing novel therapeutic targets for neurodegenerative diseases. In this study, Dr. Venkatachalam and his collaborators utilized cutting edge laboratory technology to study the synaptic function of certain channels known as TRPV channels that are responsible for signal transduction at neural synapsis in Drosophila.

The team found that when TRPV was removed from the neuronal process, synapse function was diminished and the opposite was true when TRPV was enhanced. They were also able to restore lost synaptic activity through an introduction of genetic material that enhanced TRPV. In a press release about the study’s findings, Dr. Venkatachalam stated, “The brain does much more than simply relay electrical charges among nerve cells, or neurons. It also shapes the power of those transmissions along inter-cellular connections called synapses. And, we have identified a molecular mechanism that does just that.” This study adds to the body of knowledge that is looking into the relationship between neural synapses and diseases such as Alzheimer’s and ALS. Further studies both in animal and human models are needed to confirm the clinical relevance of the findings. 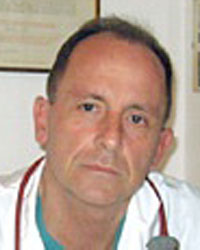